Yes, yes, I know I never call you

It’s been a month and nothing but silence from me, I know, I know. But despite the fact I can talk to a crowd of hundreds and not bat an eye, in fact never shut up, creating blog posts is more intimate, like having a phone conversation, or curling up in comfortable chairs and chatting. I detest the phone. And in fact I detest having to talk. Out loud.

That’s what a blog post is: talking out loud, to just one person: YOU.

So, here I am, coffee to hand, three monitors lit up like some sort of command central, and I’m searching for a way to tell you about all my news, when really what I want to hear is all your news.

What has filled the last month? Good the gods, where do I start?

Taking care of oneself 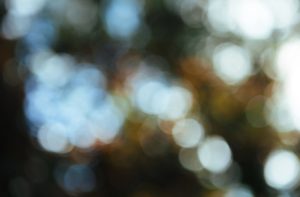 Looks like I’m getting new knees next spring. What does that have to do with writing? Pain. It has to do with the distraction of pain, to the point I cannot settle down to deep thought and weave an intelligent story. My surgeon says April for the left knee, wait two months, and then the right knee. So, let’s just spread the pain out, shall we? And then six months to recover. So, I figure by Christmas I should be ready to wreck havoc upon the world.

I get so restless sometimes, confined by physical inability. And I have to admit this waiting thing is more than a little distracting. But I’m behaving. Or as best I can. Still, I daydream about ripping wallpaper off the walls and finalizing the reclamation of this old stone house. I long to bend over in the garden, ass to the heavens, joyously weeding, planting, hoeing. Walking in the village—now that would be a joy, to go and fetch the mail from our village general store. Or even just to climb the hill of our property (it’s uphill everywhere, even when you’re uphill) without a careful, two-fisted cane thump up to a perching place.

Yep, the world better look out.

But what about writing? 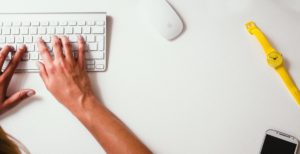 I really believe in this novel. I think it’s the best thing I’ve written. Yes, the concept isn’t new: a relationship struggle between a mother and daughter. Old as time. But maybe I’ve brought something new to the discussion. Maybe. And maybe that’s why I’ve sent it off to an agent. So maybe that really is a desire for validation.

Damned if I know.

In the meantime I’ve been busy with the Tesseracts 22: Alchemy and Artifacts anthology Susan MacGregor and I are editing for Hades Publication. That’s been an interesting journey. So many stories. So many voices.

The choices have now been made. Susan is sending out acceptance emails over the next week or so, and rejections will go out shortly after. Then she and I are into copy-editing, getting contracts into place, and generally finalizing the details. It’s going to be a strong and interesting anthology, and I’m very pleased to help bring this to fruition.

Oh, the usual is beyond that. I get mired in the administrivia of both Five Rivers Glass and Five Rivers Publishing. But the fun part comes when I get to edit some of the remarkable novels that are coming up from Five Rivers, like D.G. Valdron’s sequel to The Mermaid’s Tale, which is The Luck. I am stunned by the grace and power. And then I have another Dave Duncan novel to edit, this another installment in the King’s Blades series: The Ethical Swordsman.

And overseeing audiobook production. So many!

By now I’ve spent too long writing this post, and really must attend to business. So, I shall say anon….